Joan Didion, for all her complexities, continues to have… a moment? No, it’s too extended for that. And she was too anxious, too awkward for it. Still, it’s happening: even though she died last year, her words keep coming. Even her stuff keeps coming.

I loved this explanation of hers, from a talk (via Lithub) that’s in her book released earlier this year.

It’s those obsessions that shape what we are, really. Underneath we’re the nouns, not the adjectives.

Smells are brilliant and infuriating for writers because they are just so hard to express. Here’s an Atlas Obscura piece, an excerpt from Jessica Leigh Hester’s Sewer, describing the waft of fatbergs that clog the pipes beneath London.

These moments that overwhelm the senses are fascinating.

• Weird, the Al Yankovic Story was brilliantly stupid. This is a group of people living their best life: Weird Al just having a ton of fun, Daniel Radcliffe continuing to go off. (Asked recently by a Guardian reader “Do you just tell your agent: “As long as it’s weird, I’m in?””, he replied that his approach to scripts was: “If you sit down and lecture somebody on how shame keeps us from love, that’s quite dry. But if you make it a farting corpse being used as a jetski… that’s a conversation.”)

• Proper explained “why we’re still talking about gorpcore.” Never have I felt so behind the zetigeist.

• Former colleague Eileen Guo continues to trace the trail of havoc left by Washington’s hounding of Chinese-American scientists (AKA the Department of Justice’s “China Initiative.”) This time around she covers the case of Sherry Chen, the National Weather Service hydrologist who was just awarded almost $2m after being wrongfully dismissed and accused of spying for China because she used a shared password.

You can call it on the Golden Age of Podcasting™: it’s over, it’s done. What started, sort of, with Serial has come to an end—and not just because Adnan finally got out. After a blossoming of studios and projects over the last decade, things hit a plateau when the services all rolled up into a handful of dominant players, and we are now going through an inevitable and depressing dip as the dominance turns into a shakeout. It’s obvious to anyone with eyes that the good days are done.

But to anyone with ears? There are great moments out there.

Listen: Avery Trufelman’s podcast about clothes, Articles of Interest, is back. It’s got a different flavor this time around: a long-burning interrogation of a single topic—America’s never-ending fascination with the preppy look (AKA “American Ivy”) rather than changing subject episode-by-episode. I never thought I’d be intrigued by the history of popped collars and khaki pants, but she’s such an engaging storyteller and ties the influences and interconnections together in an intriguing way that I’m all in.

Listen: Audrey Gillan’s Bible John, which is partly about the unsolved case of a serial killer who terrorized Glasgow in the late 60s, but is really about rebuilding the past, changing attitudes, and how the deaths echoed through from a particular place, a particular time, and reached into the future. It’s got a lot of potential to be yet-another-true-crime story, but she deals with the material so sensitively and puts so much humanity into the victims—poorly served by misogynistic police—that it turns the series into something else. It shouldn’t be a surprise, one of her previous series, Tara and George, is a fantastic, human depiction of a pair of rough sleepers in London.

Maybe the golden days are still here after all. You just have to listen out for them. 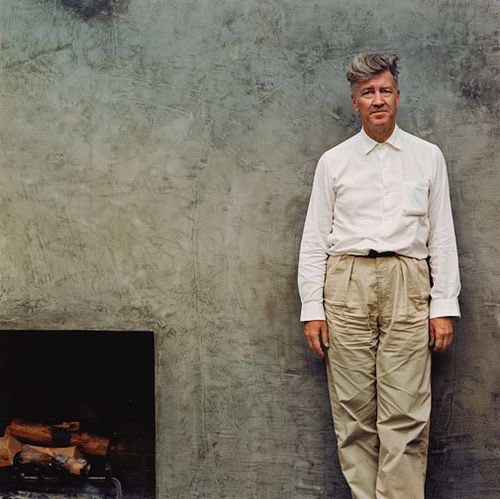 Being somebody of strange proportions—tall and wide, but not quite tall enough or wide enough to warrant special treatment—I have never been able to find clothes that feel right. How do people who fit their clothes feel, I wonder. What is it like to just put on a pair of trousers, or a shirt, and be comfortable?

So this quote from David Lynch in GQ hit home.

My current uniform, established over the course of the pandemic to serve my expanding frame, and not-yet abandoned: a Carhartt heavyweight T-shirt and a pair of Topo “dirt” pants. No sadness today. 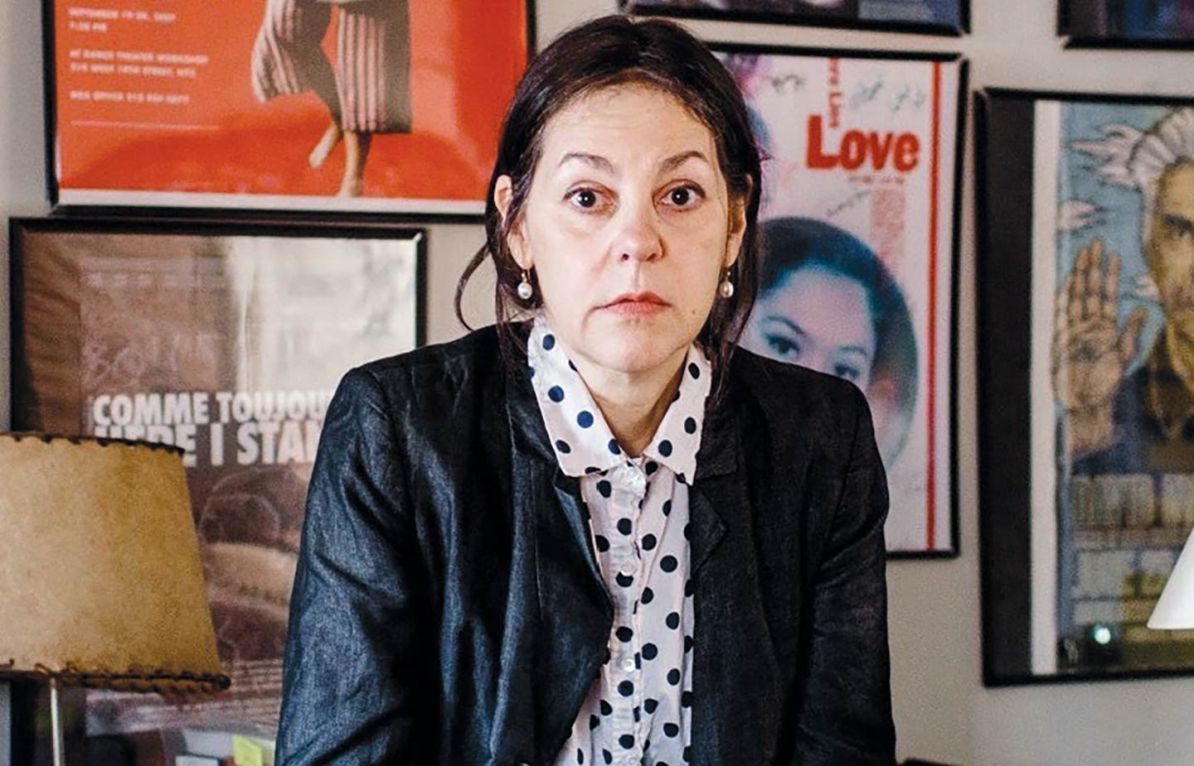 I loved hearing Annie-B Parson talk about choreography on the Time Sensitive podcast—particularly her work over many years with David Byrne.

Parson has worked on a large number of projects in the past two or three decades, culminating in American Utopia (I saw the show when it was on its original tour, totally fascinating.)

But the most interesting part was that she now came to see all of those works as, ultimately, the same piece.

“So that’s like all one dance as far as I’m concerned because when you’re working with an artist of that caliber, you’re just on this road with them. You know what I mean? Trying to be adjacent to them in a sense. Ride the bike with them.”

It’s a fascinating way to look at the work we do with others, our teams, our collaborators. We’re all riding along, side by side, trying to stay on course for our destination.

• Jonathan Katz has the best piece I’ve seen about the current attempts to rewrite the history of the New York Times op-ed controversy in 2020. (You remember, the one that engulfed the paper when it published Tom Cotton’s call for federal troops to end Black Lives Matter protests? The one currently undergoing a revisionist reconstruction project which is being laundered by Semafor as a way to get attention?)

• Some people dredged up a mini piece I wrote about Twitter 15 years ago, which wasn’t the first mainstream media coverage, or even the first thing I wrote about it, but I think struck a nerve in retrospect because I called it out for being both “baffling and seemingly pointless” while simultaneously “intriguing, useful and addictive.” The need and the needlessness, all wrapped into one place.

• Absolutely struck by this Anthony Lane piece on the 100th anniversary of The Waste Land. It’s a little much in places, but “a symphony of shocks” connected with me; imagine how alien this work seemed when it arrived—and how inevitable it feels in retrospect.

Despite working in Hollywood, an industry that loves to create culture via the medium of checking boxes—screenwriter Charlie Kaufman has made a career out of avoiding those boxes completely. Being John Malkovich; Adaptation; Eternal Sunshine of the Spotless Mind; Synecdoche, New York.

After reading a Twitter thread from Casey Johnston, I went down a Kaufman rabbit hole and found this 2011 speech in which he talks about screenwriting.

Be yourself, he says, even when it’s hard or you don’t understand it. Because, really, nobody will ever understand what drives you to make things. But if you can scratch that itch, that unknowable thing inside of you, perhaps you may be.

One line got me particularly. 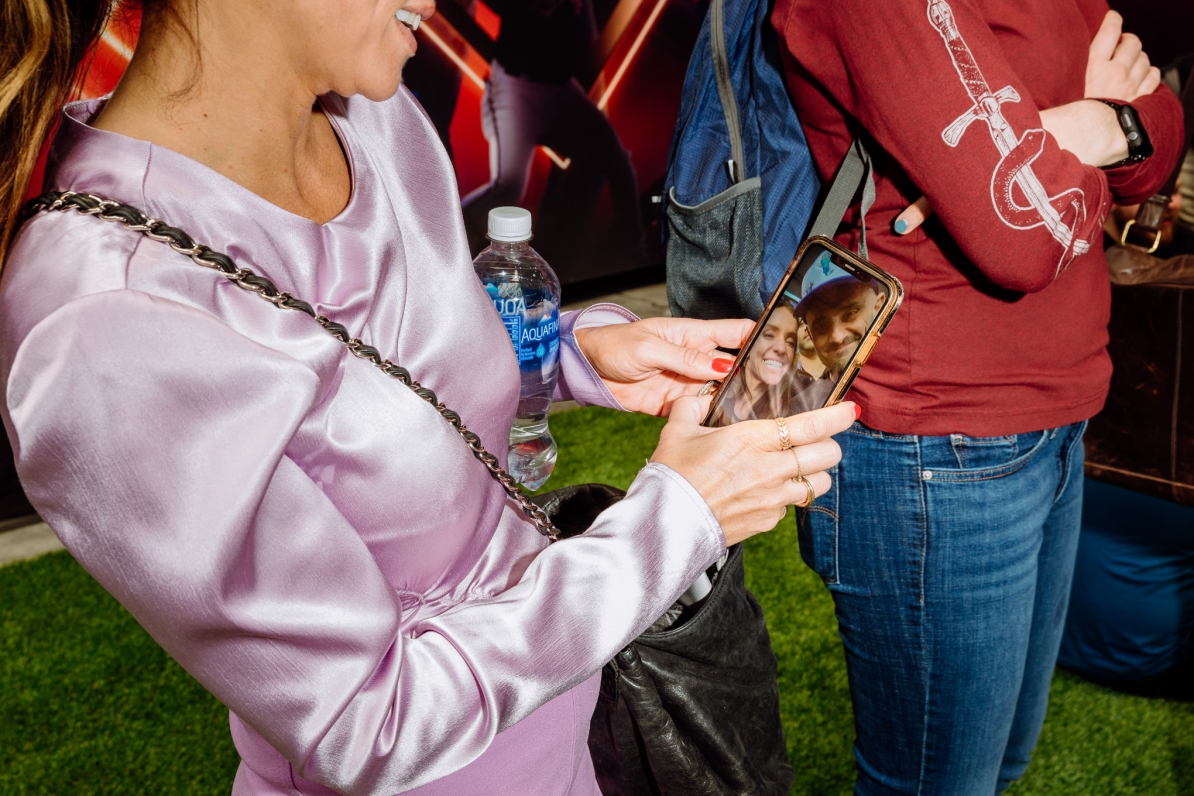 • The rise of the internet’s creative middle class.

• How Houston moved 25,000 people from the streets into homes of their own.

• Megan Tatum on queer campaigners using the net to organize in a conservative Muslim country.

Read this: Jia Tolentino on writing for the sake of writing.

Was calmed by this: Making moktak, wooden temple bells.

Entranced by this: How mechanical watches work.

And found this along the way: Jack Cousteau from 1969, writing about his underwater filming techniques.